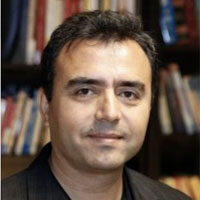 Cengiz Karatas taught in schools in St. Petersburg, Russia, between 1996-2000 and in Moscow, Russia, between 2001-2004. He worked as a college guidance counselor, dean of academics, and principal at Horizon Science Academy Cleveland High School (HSA), managed by Concept Schools, between 2005 and 2010. During his tenure, HSA had a 100% college acceptance rate. It received a rating of excellent from the School of Promise Awards by the Ohio Department of Education, bronze medals by U.S. News and World Report, National Blue Ribbon award, and the Title I National School of Distinction Recognition. He was the founding principal of Gateway Science Academy of St. Louis in 2010-2011 and served as the director of Concept Alumni Network in 2012-2016. He also spearheaded Concept`s educational programs, including Chicago International Conference on Education and National STEM Conference, between 2012 and 2015. Since 2017, Mr. Karatas is the Executive Director of Future Institute, which partners with Concept high schools to ensure college transition, college persistence, and career readiness by offering individualized support programs.